Over the years, I think I have heard just about every negative thing that could possibly be a said about using window film. Sometimes the concerns are valid, however, rarely are they accurate.

I’m not exactly sure why it is, but for some reason the window film industry is plagued with many negative misconceptions. I have to imagine that some of these misconceptions are manufactured by the many competitive products that window film has, such as window coverings, new windows or glass, awnings and sunscreens.

What’s amazing to me is how difficult it can be to adjust people’s thinking on the matter even when they are presented with all the facts and data. Sigh…

However, that does not mean we will ever stop trying. In fact, hundreds upon hundreds of customers each year realize the amazing benefits of using window film for their homes or buildings.

Knowing the size of the window film industry can impress upon you the fact that millions of square feet of window film have been installed. Most likely, you have been in front of or behind a window that has some kind of window film applied to it. With that in mind, do you really think all the myths and misconceptions could be true?

Here are 5 myths about window film that are entirely NOT true.

Myth #1 – Window films make the interior of a building or home too dark.

Many years ago this may have been true. However, new modern-day window films focus on specific wavelengths of light, such as infrared heat. This still allows a large portion of the visible light to be transmitted through the window.

Some building owners and engineers have had concerns about window film reducing visible light. They’ve also trying to avoid having to use more energy by adding more artificial light. The truth is that, when window film is used, employee and tenant comfort is increased. The work or living area is cooler and there ends up being less glare than before, so people open the window shades and blinds instead of keeping them closed. This allows more light in during the day, which reduces the amount of artificial light needed.

Myth #2 – Window film is cheap, it’s only for old buildings and homes.

While window film does make a great addition to older buildings and homes, with single pane glass, this myth could not be farther from the truth. In fact, quite the opposite. Everyday window film is installed in newly constructed buildings and modern homes with the newest windows.

These customers are looking for improved protection from the sun’s harmful rays, added protection against fading, and increased safety. Even most modern Low-E coatings offered on newer windows, do not have the same protection as a retrofit window film can offer. Notice, I said most, because Low-E coatings are improving rapidly and the protection they offer is increasing.

Window film is far from cheap. It’s designed to last many years and is a good investment.

In most cases, the houseplant is already receiving enough sunlight. If the plant seems to do fine as it is, installing window film should have no effect on the plant. The plant may need time to adjust when window film is installed, so new growth or flowering may be temporarily slowed after window film installation.

If your house plants are of concern, before installing window film you can do two things. First, try moving the houseplant to a darker area of the house and see how the plant reacts. Second, you can contact your local nursery and discuss with them the amount of sunlight your specific plant needs.

Sometimes a houseplant may do better with window film. For instance, some house plants may wilt by the end of the day due to the intense sunlight. Having window film may help the plant to thrive.

Myth #4 – You can’t clean your windows after window film is installed.

After the cleaning process, you can clean your windows just like you normally would. You can also use this procedure:

Myth #5 – Window film will cause glass to break or crack.

There are several reasons why glass will crack with or without window film.

The first reason is the only one where window film may be involved. The use of certain window films can increase the amount of heat absorbed into the glass which can cause thermal stress.

However, there are many other factors that can play into this, such as partially shaded windows, drapes too close to the glass, signs, and decals on the windows, HVAC vents pointed at the glass. Also, there are different kinds of glass such as tempered, clear, tinted, and annealed which all have different rates and which they absorb heat.

Window film manufacturers have run tests and provide professional installation companies film-to-glass charts and tables so we know and understand which window films are acceptable to use on certain glass types.

Here is a list of certain glass types or conditions where using solar control window film would be not be advised.

Older, conventional types of window film can display an iridescent appearance when installed near certain types of energy-efficient lighting (such as compact fluorescents), however, newer window films are available that virtually eliminate this iridescence and shine.

Window film is an amazingly versatile product that can be used for so many purposes. Just about all windows can benefit from using window film in some way, we believe every window should have window film applied. But, we’re slightly biased :).

Ask yourself these questions to determine if you’re a good candidate for window film.

These are just a few questions to ask yourself.

Did we miss anything? Are there some other questions you would like answered about window film? For over 40 years, ClimatePro has been helping San Francisco Bay Area homeowners to find the right window films for their home. Our skilled customer services team, estimators and installers are some of the best in the business. We can’t wait to bring our 40 years of experience to you. You can contact us today for a free consultation and we’ll help you get started. With offices in North Bay (including Santa Rosa), San Francisco, and San Jose, we can be reached at 707-755-7337.

Want to know more about Window Tinting? Start with these informative links: 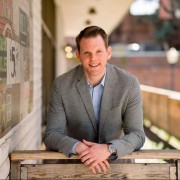 Jeremy Dobbins is the CEO of ClimatePro and has spent the last 10 years helping to build an award-winning window film company. Window film expert and professional question asker.